Saving and Investment in Mutual Credit 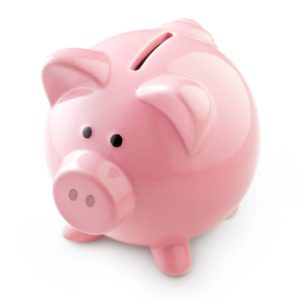 From time to time users of mutual credit exchange systems, such as CES and LETS, raise the questions of ‘saving’ and ‘investment’. These concepts are so much part of the conventional money system that it is assumed there is a place for them in alternative exchange systems as well.

Saving, in the most generic sense, means deferred consumption: refraining from consuming something now in order to consume it later. Keeping seeds for sowing later in the year instead of eating them now is an example. In ‘money-speak’ saving usually means putting money aside in some kind of interest-bearing account, so it embodies the notion of ‘increasing one’s assets’. Although it is difficult to understand how income can be ‘consumed’, saving is said to refer to any income not used for immediate consumption!

The CES has always been promoted as a trading platform or as a means to facilitate exchange, and so the concept of ‘saving’ contradicts the concept of trading. Conventional money has the same contradiction: keeping money circulating to spread the wealth or withdrawing it from circulation to concentrate the wealth.

While the concepts of ‘saving’ and ‘investment’ are useful for CES traders, we don’t really want to be inspired by the way these work in the conventional exchange system (money system). Our starting point should be abandoning the ideas that we have inevitably inherited as users of the money system. The main one is that when we ‘save’ we are putting something in a piggy bank for a rainy day. CES credits do not exist in the same sense that money does, so ‘surplus credits’ can’t be ‘squirreled away’ like surplus money. One of the properties of money is that it has quantity, but credits don’t have that property: they measure instead. They have no physical or notional existence so they can’t be ‘put’ in some safe place until needed.

If credits can only measure, then what are the ‘surplus credits’ that some CES users have in their accounts?

This should be our starting point when thinking about ‘saving’ in the CES: a positive account balance represents a future claim, not a ‘storage’ of credits. If we think of credits being ‘stored’ then we are thinking of them like money (having the property of quantity). As such, there is no reason to ‘store’ ‘surplus credits’ in a special ‘savings account’. All that would do is ‘pool’ everyone’s ‘surplus credits’ in one account, representing the total claim against the community. It would still be necessary to keep a record of each one’s personal claim in the pooled claims, so why bother pooling them? As there is no interest to be earned there is no point.

It might be argued that if traders could ‘save’ their ‘surplus credits’ in a central place then the ‘pooled’ credits could be used for ‘investment’. The credits can then be ‘lent’ to those who need credits – to buy expensive items such as cars and houses.

This is still thinking of credits as having existence like money. Credits are measurements, so like metres and kilograms they cannot be borrowed or lent!

But surely, you might still argue, if someone is not realising their claim on the community they could ‘transfer’ that claim to someone else or to some central account. That could indeed be done, but what is the point of it? Why ‘borrow’ someone else’s claim, which would create a debit, instead of directly going into debit without ‘borrowing’?

In the CES context there is thus absolutely no point in ‘borrowing’ when users can simply go into debit. A debit represents ‘credit’ received from the community, not the borrowing of ‘money’ from some central account. Credit received is real credit (a house or car) from the community, not some fictional thing (loan) from an equally fictional central repository (bank) pretending to provide ‘credit’.

This sounds a bit like a mortgage agreement, which it is, but without the interest component. The recipient of community credit would be obliged to give back to the community the value of what they have received at a rate determined by the community. This makes it the responsibility of the community to ensure that the recipient honours the settlement of their debit, not some fictional, non-community entity called a bank.

Obviously ‘the community’ can’t be vetting every request to go into deep debit. Some entity representing the community would have to do it. This might make it seem as if we are back to something looking much like our regular ‘lending institutions’, but so long as the process of applying for a debit extension is open and transparent and all users can see what is happening, the recipients of community credit will ruin their trading reputations if they do not honour their commitments.

Many users don’t like the feeling of ‘debt’ and prefer to defer their purchases until such a time as they have contributed enough to offset the big ticket item(s) they wish to receive. However, there is still a need for an upper credit limit so that users do not build up too large a claim against the community. By not realising their claims, ‘savers’ are denying others the opportunity of selling and earning credits. A demurrage mechanism (negative ‘interest’, or a ‘saving’ levy) might be useful in preventing those in high credit from sitting on their credits for too long (i.e. for not trading). This demurrage mechanism could be triggered by credit limit breaches or by lack of activity on large credit balances.

In the money world borrowers have nowhere to go when maxed out on debt. They can try a few tricks like using one credit card to pay another or borrowing from a loan shark who asks no questions, but this usually only makes matters worse. Would not someone using mutual credit also be able to resort to tricks like this? Would they not be able to ‘borrow’ from others who would offer to share their ‘surplus credits’ for a little ‘consideration’? All of this is possible but again not really necessary. The CES is not a monoculture of currencies but a platform that offers a range of exchange options. Using credits and debits is just one of them. A user who has maxed out on the debit limit, even granted as an extension as described above, could still exchange their goods and services for others’ goods and services using one of the other exchange options, such as time exchange, barter, swap, share and one-to-one exchange. The exchange universe is not dominated by a single exchange method. There are many ways to exchange what we have for what we need so we should not be trapped by any cash prisons.

The question of ‘community investments’, such as infrastructure or public facilities, is a matter for another article. The point of this article is to encourage new thinking around the concepts of ‘saving’ and ‘investing’ in an economy that uses a metric currency and a range of exchange methods as opposed to an economy that does its best to restrict exchange to the use of a single issued currency. In the former it is a question of how to receive something of a value which is greater than the value of what the user has already contributed, and much larger than the user can deal with in the short term in the narrow operating band of the default debit and credit limits. In the money economy it is all about borrowing, lending and interest rates, which conceals that fact that credit can only come from the community or the real economy that produces real goods and services. Banks have usurped this function and have got us all believing that credit comes from banks. We are ‘fined’ for believing this by having to pay interest to banks!