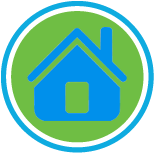 Welcome to our new Home Page!

The CES website has needed a new home page and front end for a very long time. That old 1990s-style front end was the same one that had been in place from when CES started in 2003, although it did evolve over time. Most CES users used it solely as their login page and became oblivious to its appearance; other exchange groups set up their own home pages through which their members logged into their accounts. That way they avoided ever seeing that outdated and boring home page!

Our new front end does not mean that we have moved over to the long-promised upgrade to the CES software. This is a temporary front end that will be in place until the new software is developed using the Drupal content management system. We are hoping that the new software will be launched next year, 2016, but part of the delay is because Drupal itself is moving to a new version and we can’t proceed until that is launched.

We hope to add to the new front end – and eventually the new software – the ability for users to make contributions to the discussion about alternative exchange systems. So this is a new front end that will evolve, and continue with the new software. We have decided to launch it now because the old home page was creating the impression that CES has stagnated and is not moving forward with the times.

Please give us your feedback on our new front end!