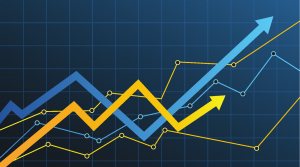 In the midst of the Coronacrisis we hear many calls for a “new economy”. These come from both sides: from the upholders of the current economy, and from those who have always longed for a more relaxed, less destructive and exploitative one.

“The economy” is generally understood as the social sphere where production, distribution and trade take place, as well as the consumption of goods and services by different agents. There is much more to it, but when we look around we see many separate national economies. Together these form the global economy but the latter has no independent existence apart from the separate national economies.

What determines the boundaries of these national economies? It is their currencies. The South African economy is where the Rand circulates and the British economy is where the Pound circulates. Sure, all national currencies ‘leak out’ into the global economy, but each country/economy aggregates the value of all transactions in their domain to come up with a measure of their success or failure – their GNP.

Why does “economic activity” need to be aggregated; why is there just one measure of “success” or “failure”? Who determines the boundaries of these discrete economies? Do there even need to be boundaries?

A better description of “the economy” is that social sphere where people act together to make money. There really is nothing more to it than that. When people do things for each other and no money is involved, that is said to be outside the economy. It is not recorded and therefore not aggregated, and the value of it is not added to GNP.

If people created and exchanged their means of life without using money, would that still constitute an “economy”? Is it possible to have a moneyless economy? Would that be a “sphere” separate from the social totality?

Think about it. No money, no economy, only a “noconomy” where human beings create and exchange their means of life. No national currencies, no aggregation, no parasitic entities feeding off it and trying to steer it in a direction that benefits their narrow, selfish interests.

There is no need for currencies to efficiently exchange what we have and can do for what others have and can do. This might sound simplistic, but follow the logic of what would occur if we climbed off the “money grid” and used instead the multitude of non-controlled means of exchange to exchange our energies!