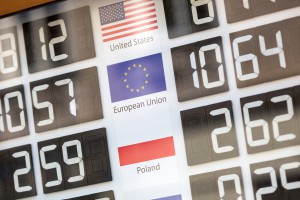 Exchanges designated as time banks use time as the unit of account/value. The time unit is usually one hour, but some exchanges use other time units, such as one minute (60 units/hour), 10 minutes (6 units/hour) and 15 minutes (4 units/hour).

In order for international trade to take place and for traders to make sense of prices in other countries, the CES applies conversion rates between the different currencies.

These conversion rates are not based on the money market exchange rates of official currencies as these have very little to do with reality. Instead, the CES uses a base currency of one hour. The conversion rates between time banks are thus easy to calculate, but in the case of mutual credit exchanges an average hourly wage rate is established for the area in which the exchange operates. These national average hourly rates are available from various web sites, but are adjusted by agreement with the administrators of the exchanges in different countries.